Since the emergence of Pix, it has made life easier for thousands of Brazilians. However, have you ever made a wrongly sent Pix? Well, it's quite common, and it's very likely that a little panic will arise due to the wrong sending, whatever the amount.

Maybe you might think, “who could go wrong with that?” Well, it's more common than you might expect, and it can cause major headaches. After all, in a period of crisis, no one wants to send the wrong money to anyone, leaving it harmed.

Just one wrong digit in the key and that's it! Money that you expected to reach one recipient, arrives at another. And here comes despair, where negative thoughts start to come to mind, especially to anxious people.

Well, thinking about it all, I decided to gather some information that may be important and help you in case you ever have a problem with Pix sent wrong.

So, are you curious and want to know more about it? In other words, just follow this article until the end and find out how it is possible to recover your money by sending Pix to another recipient.

But after all, is it possible to recover Pix sent wrong?

First of all, first of all, let's clarify whether or not it is really possible to recover money in this type of situation.

Pix itself is the new transfer service, just over a year old, where it quickly became popular in the country and around the world. That is, for this reason, people have not yet become familiar with the available features of the tool. However, when the new online transfer model was released to the public, there was still no transaction reversal tool and mechanism.

But a little while ago, in November 2021, after a year of launching Pix, BC (central bank) created a new standard, which puts the MED (Special Return Mechanism) into practice.

With this method, the Central Bank explains that this tool serves to enable the reversal of a particular Pix. So, if you have a problem with Pix sent wrong, you know where to start. However, this mechanism only works in cases of suspected fraud, or in the event of a possible failure detected in the system itself.

And how do I request a Pix chargeback?

Well, I've already explained a lot of how it works, and the types of situations that a Pix sent wrong can be rescued, but what about the procedure? Well then, let's go.

One of the most effective ways to get your wrong money back is to contact the person directly who sent the wrong money. In other words, the person who received the money by mistake could send you back the money that is not theirs.

Now, another option is to contact the bank directly, and thus open a case to resolve the problem. However, each situation may be different, as financial institutions have their own policies, for the types of situations, and may or may not be efficient when requesting the chargeback.

These are the simplest solutions for a Pix sent wrong. However, you can also file a lawsuit to get your money back. But, know that it is a long process, and that the deadline may not be an expected result.

In other words, be very careful when making a bank transfer. It is recommended to always verify account and recipient information before any submission completion. This way, you avoid going through unnecessary headaches, where a simple transfer that would take 10 seconds could take up to months of headache. 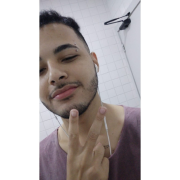