WandaVision is a series from Marvel that brought several mysteries about what will happen in the next phase of the MCU. And in total we followed 9 episodes from the beginning to the end of WandaVision, and today I will give a brief summary of this amazing series.

At first, we all believed that the series would introduce us to the arrival of a new great villain, like the Mephisto. We did have a villain in this series, it was actually a villain, but it wasn't at all what we were imagining it would be.

The Villain of this series was Agnes, who at first was introduced to us as Wanda's nosy neighbor, always appeared at inopportune moments. But over time, we discovered that she was a great Witch and wanted to take Wanda's powers.

Content Index View Summary
1. WandaVision Summary: How the Series Began
1.1. Who Created the Anomaly in Westview?
1.2. The Arrival of the Twins
1.3. Epic Fights in WandaVision

WandaVision Summary: How the Series Began

Each episode of the series was set at a different time, and the first two chapters were presented to us in black and white. As the episodes go by, we can see that something was wrong there, Vision, for example, didn't remember anything from his past.

There were always things going on in the show that we could kind of realize that at any moment Wanda's world could come crashing down. But in these moments of loss of control, Agnes arrived there to resolve, after all, she was Wanda's dear neighbor, or not...

Until a moment arrived when we discovered that a city had been “kidnapped”, along with its inhabitants, who had their minds invaded. The name of this town was Westview and there was an anomaly where no one could get in or out of it, except for one person, Wanda.

Who Created the Anomaly in Westview?

To tell you the truth, this anomaly was nothing more than an alternate reality where Wanda could control the events of it. But there was another person who could also manipulate the people of that place, and I'm talking about her, Agnes, or Agatha Harkness.

So, we end the summary here, as we have the revelation of the great mysteries that involved the events of the WandaVision series, or not? Agnes actually when she arrived in Westview the anomaly already existed, she felt a great power and went to see what was happening.

As the episodes go on, we can find out that Wanda broke into the lab where the Vision's body was and supposedly took it. But no, she got there, saw that she had no more signs of Life and went alone to a piece of land that belonged to her and the Vision.

This lot was in Westview, most likely the two of them planned to make a house and live there, living like a true couple. However, Wanda ended up freaking out and she was the one who created it all, even created a new Vision and manipulated the minds of the inhabitants.

The Arrival of the Twins

To complement even more information about this summary of the WandaVision series, we can't help but talk about the twins. These twins were Wanda and Visão's children, their gestation passed at an absurd speed, believe it or not, it was less than a week.

At the time of delivery Wanda went through some problems, she didn't even know they were twins, but guess what she helped the children to be born? Agnes, as I said before, she always appeared out of nowhere to solve problems that appeared for Wanda and her family.

If the gestation passed quickly, the growth of the babies too, in the blink of an eye the newborns became 10-year-old children. And yet, it is worth remembering that both had powers, one was fast like his uncle Pietro, the other had powers similar to Wanda's.

One of the great mysteries of the WandaVision series was about the Westview Vision, but we saw in this summary that Wanda created him. However, it is worth remembering that the body of the true vision was in a laboratory, where the scientist's intention was only one, you know what? Bring the Vision back to life, and they did, and here's another big problem, he came with no memory.

In addition to not possessing the memories, the Vision was programmed to enter Westview and finish off Wanda and anyone who gets in his way. The Vision created by Wanda saw that and entered combat, now we have an epic fight between the two Visions.

As time passed, all was resolved when the true vision regained his memory with the help of his clone.

However, we also had another fight, this one was between Wanda and Agnes, it was a scary confrontation between Witches, you have to watch it. Agnes had only one goal, to suck Wanda's powers, but in the end, Scarlet Witch ended up winning and I still have her powers.

The whole anomaly was undone and Wanda ended up losing the Vision she created and her children, as they were a part of it. However, the post-credits scenes revealed to us that the twins may return, and perhaps with the help of Doctor Strange, the hype only grows.

If you've noticed any or all of the mysteries in WandaVision that haven't been mentioned in this summary, let us know in the comments below.

Anyway, this was a brief summary of the WandaVision series, which premiered on January 15th, its last episode was on March 5th. If you liked the content, I ask you to share it with all your friends and on all your Social Networks. 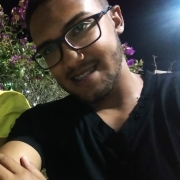 My name is Ruan Henrique and I am a writer for News Geek among other sites belonging to Grupo SED. I also have a certain skill in organic growth of profiles on instagram.
View Comments

See the synopsis of The Flash “Into the Still Force”.

Master Chief! Check out the summary of Halo episode 5.

Netflix Catalog April 2022, Check It All!

3 Series to Watch on Disney+