Horror is one of the most beloved movie genres by movie fans. There are countless productions created to frighten the viewer, or even portray macabre stories, but which are based on real events. The horror/horror genre is an excellent option for those who are tired of the sameness of slow and calm movies, but it is also valid for those who like unexpected scares. So if you're looking for a title that provokes fear, horror and raises your heart rate, check out this list with: 15 horror movies from Netflix.

Inspired by real events, the film takes place in the 1970s and tells the story of a couple who move to a farm with their five daughters. After the move, the family begins to face frightening apparitions of entities. Worried about some spots that appear, they look for a famous paranormal investigation couple. After visiting the site, the professionals discover that something very powerful, and evil, resides there. It is worth mentioning that the film has a sequel and is also on Netflix (Trailer on here).

Emily Rose is a young student who starts to hallucinate and has more and more frequent outbreaks, causing memory loss. She is a practicing Catholic and agrees to undergo an exorcism session, performed by her parish priest, Father Richard Moore. However, Emily dies during the exorcism which causes the priest to be accused of murder. on here).

A couple prepares for the arrival of their first daughter and buys her a vintage doll. However, after the house is invaded by members of a cult, the couple is violently attacked and the doll becomes the recipient of an evil entity. They try to get rid of her, but they can't and decide to seek help from their church's priest, Father Pérez (Trailer on here).

The film takes place in the 1990s and shows the story of young Veronica. The girl spends her days taking turns taking care of her three brothers and playing with her friends. During a Ouija match, she tries to contact her late father. However, she begins to be terribly tormented by spirits (Trailer on here).

Alicia returns to the family home she ran away from as a child, at the request of her sister Sara. Their mother is sick and on the verge of death. Trying to rebuild her life, Alicia is forced to face a dark force from the past that now threatens her daughter (Trailer on here).

Three college students decide to go camping in the state of Wisconsin, in the United States. However, plans for fun and relaxation are interrupted by a sinister secret. Now they must fight their way out alive against a powerful force of evil. on here).

A young journalist decides to do a report to reveal all the events of Amityville since 1976. Upon arriving at the place, along with other journalists and investigators of paranormal activities, they realize that the phenomena of old are happening again (Trailer on here).

Maddie is a deaf and dumb writer who isolates herself in the countryside to write her bestselling novels. However, a masked face of an assassin appears in her window and she will need to go beyond her physical limits to survive. on here).

A film producer accepts a job offer in a mountain town. But getting there, he discovers that his client has disturbing ideas (Trailer on here).

A boy with an autoimmune disorder is taken to a remote treatment center in an isolated house to receive an experimental therapy. However, he ends up discovering that the clinic he is in is not as safe as he thought (Trailer on here).

Young James Donahue finds footage of his missing sister and decides to venture into the forests of the Black Hills to uncover the mysteries behind her disappearance. Accompanied by friends and a filmmaker, he sets out in search of clues. But as night falls, the group is surprised by a menacing presence (Trailer on here ).

Two sisters unwittingly bring a diabolical creature into the world. The only salvation is a possessed priest who fights his own demons (Trailer on here).

In the 13th of the list of horror movies on Netflix shows Jennifer Hills. She is a young writer who decides to go to a quiet cabin in order to write her new book. However, his presence is noticed in a nearby village, and some villagers decide to scare him. A local gang rapes and tortures the young woman. But Jennifer returns for revenge, capturing the men one by one (Trailer on here).

Some friends decide to travel by car to the biggest college football championship. During the trip they decide to camp for the night, but an accident with a truck driver scares the group. The next day, they discover that the car they were in has been damaged. Thus, they have to accept a ride to Ambrose, the closest town to the place. Trudy's House of Wax ends up attracting the attention of young people, but they end up falling prey to two murderous brothers (Trailer on here).

Anyway, if you liked the list of horror movies on Netflix, check it out too: 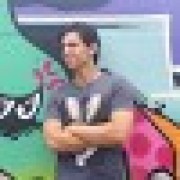 Journalist and specializing in Press Relations and Digital Communication. Passionate about series, animations and cinema. Airbender and father of dragons. Son of Daenerys Targaryen. You can call me Beni.
View Comments

Check out the order of the Harry Potter movies!

Doctor Strange 2 was over-the-top in the movies.